Why I Love LaVar Ball, and Why You Should Too 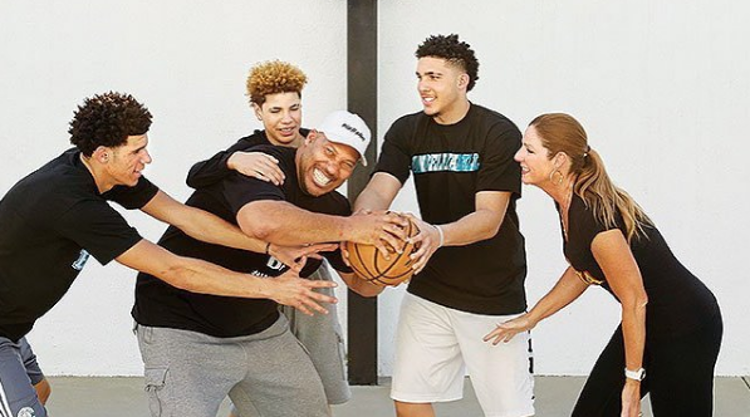 I have been approached several times by people that know me and some that don’t who are shocked that I am a fan of LaVar Ball.  Their faces change and they seem incredulous, but it’s true.  I am 100% on board with LaVar Ball and his sons and you should be too. Let me explain why.

First, we already have too many stories of black fatherlessness in the sports world.  In fact, it seems to be the media’s favorite narrative about professional, black athletes.  It goes something like this: Young, extremely talented superior black athlete, raised by his mom or grandmother, doesn’t know his dad, dad is in jail, dad passed away, dad is not in the picture, makes it to the professional level, buys his mom or grandmother a house, catches passes on Sunday, shoots 3’s on Fridays, makes a lot of money, everyone lives happily ever after.  The end.  Can’t we all fill in the blank with countless professional athletes that fit this narrative?

Then, comes loud-mouth, extremely confident, bold father and entrepreneur, LaVar Ball, and the media and people go crazy.  He’s too arrogant.  He’s ruining his kids.  He should be more humble.  Wait a minute.  Let’s think about it.  You are okay with the media retelling the stories of the fatherlessness of black athletes, but when a black man boldly supports his sons, loves his wife, and sets his family up for success, you have a problem with it? Why is that?

My husband made the following statement to me earlier today.  He said if you don’t have a purpose for your children, there are plenty of other people out there who will.  That statement carries so much weight.   Yet, people are criticizing Mr. Ball because he has a vision and purpose for his own sons. The business world is designed to devalue an idea or product initially so it can be purchased at a low price and later sold at a much higher price.   They capitalize by hoping you won’t recognize the value of yourself, your idea or your product and you will take the money and sign away your rights on the dotted line.  But the role of a father is different.  His job is to protect you while helping you figure out who you are so when the world comes to capitalize, you already know your worth.  Why are you so angry that Mr. Ball is striving to teach his sons their worth?

So because Nike says that they aren’t worth one billion dollars, Mr. Ball is supposed to cower and change his belief system?  Who is Nike?  Better yet, who would Nike be without Michael Jordan, Lebron James or Kevin Durant?  The same company that has made billions off the backs of black athletes, without ever investing economically in black communities, and showing little commitment towards issues that plague black communities, does not think LaVar Ball’s children are worth a billion dollars.  Why should Nike be able to dictate what LaVar Ball can believe for his sons?  Imagine the company Nike would be if all of its black athletes pulled out…would you even recognize their brand?  Yet, we criticize Mr. Ball’ for being unreasonable and we worship Nike for being a model and genius company.  Humm…

I was going back and forth with a close friend via text messages.  She just couldn’t understand how I could support Mr. Ball and his arrogance.   How could I support someone who said his son, Lonzo, was better than Steph Curry and who said that he, himself could beat Michael Jordan in a game of one-on-one?  I told her that maybe he was going too far, and maybe he wasn’t.  What I do know is this.  Over confidence is much easier to fix than lack of confidence.  What if all the black guys that are incarcerated, hanging on street corners, or working in a redundant 9 to 5, were told by their fathers that they were the best things since sliced bread? That they could do anything they put their minds to?  That they could be the greatest rapper, engineer, scientist, doctor, business owner, artist, singer, or designer in the world?  And on top of all the talk, those same dads devoted their time, energy, and money into making sure their sons had the opportunity to build up their skills and perform at high levels?  How different would the same guys who the world has largely given up on, be if they had heard a few simple words from their dads: “I believe in you.”

Frederick Douglass said “it is easier to build strong children than to repair broken men.” That’s why I salute LaVar Ball and you should too.   He has committed himself to building his children up, and in spite of the criticism, the naysayers, or their high-priced shoes, they will not easily be brought down.

← The Gift and the Curse of Being the First: The Obamas
Charlottesville is Us, But We Can Change →

9 Comments on “Why I Love LaVar Ball, and Why You Should Too”

It is Sarah Denise Koonce day!!!! Can't believe you're two. Every time I think about how challenging these past two years have been, I think of you and then I realize how amazing they've been. You are a daily reminder of what really matters. Your love and light emanate all over our home. You are a gift-to me, your loving and protective brothers, and your melt-like-silly putty father. You've made the past two years superb. Years from now, historians will write that 2020 was the beginning of a pandemic that shook the globe. But if anyone asks me, I will say 2020 was the year Sarah was born and it shook up our family for the better. Happy Birthday Sarah-Bearah (thanks Aunt Chasity for the name...). I love you and I am so thankful you are my daughter. ❤
Happy 50th Birthday to my brother! It's hard to find a single picture of @alvoltair06 in my photo albums and I understand why. He's either parenting, uncling, coaching, teaching, or speaking encouragement and humor to someone. He is so loyal and steady. I remember back in the day, Gebo calling him to take her "up to Chapel Hill" for her doctor's appointment and after working two jobs, he'd drive from Durham to Garland, NC to pick her up so she could stay at his apartment the night before her appointment and he'd spend all day with her at UNC while she waited to see her doctor. I remember also back in the day in that same apartment how he hosted me and 4 of my college teammates during one of our many road trips. That's just who my brother is. He's generous. He goes out of his way for others and he takes care of the people he loves. I'm so thankful for his love and care and security. You are a rare gem, Bro. A rare gem. ❤
Start out like you can hold out. Happy New Year. ❤
Prior to this picture, we asked "The Parents" whether they enjoyed Christmas just with us or Christmas after the grandkids, and without hesitation they both responded "Grandkids!" It was hard to muster up smiles after this shocking revelation but we did the best we could do.. .Yall pray for the original 5. We are not okay. We've been replaced by our own children, nieces and nephews. 🙏🏾
These two beautiful human beings celebrated 46 years of marriage yesterday. I'm very thankful Sarah gets to bask in the bliss of 46 years of tried and true love that has stood the tests of time. Her face says it all...she can feel the love exuding from them even if she can't explain it. Happy Anniversary Mom and Dad. Thank yall for saying, "I do."
This week sparks the beginning of a whirlwind of holidays that won't end until January 2nd. Personally, it is one of my most favorite times of the year but I also know it is one of the most trying times of the year. Preparing to see family and friends...not sure if you want to deal with family or friends, grieving those who have already passed, hoping no one else will pass for a while but knowing you can't control that...trying to maintain health for yourself and your family, managing work and school deadlines, trying to be thankful and remember others while avoiding the maddening pull of consumerism...spending time meditating, relaxing, praying...while making endless runs to